Mr.Damage has to say, ”The idea of making this album goes all the way back to around 2016. I found myself in a situation were I wanted to make music without having to think about it ﬁtting into Chrome Division or any other band, or form. I just wanted it to be my own music, being everything from rock and metal, to ballads and instrumental music. Kinda just let the music do the talking without analyzing it too much. When you are playing in a band, the music is a product of the style and the people of the band. But when you are on your own, everything is up to you, and you alone. It’s like painting a picture; it’s you, the brush, the colors, and the canvas. Not ﬁve people, with ﬁve brushes and ﬁve diﬀerent buckets of paint. I am very pleased and proud of the album, and I can’t wait to show oﬀ, the World Of Damage.”

All guitars and bass is played by Mr.Damage. Drums is hammered in by the great Aki Viitala from Shot At Dawn. The album is produced by Mr.Damage and mixed & mastered by Marius Strand (Chrome Division, The Wretched End, Susperia) at Strand Studio, Oslo, Norway. 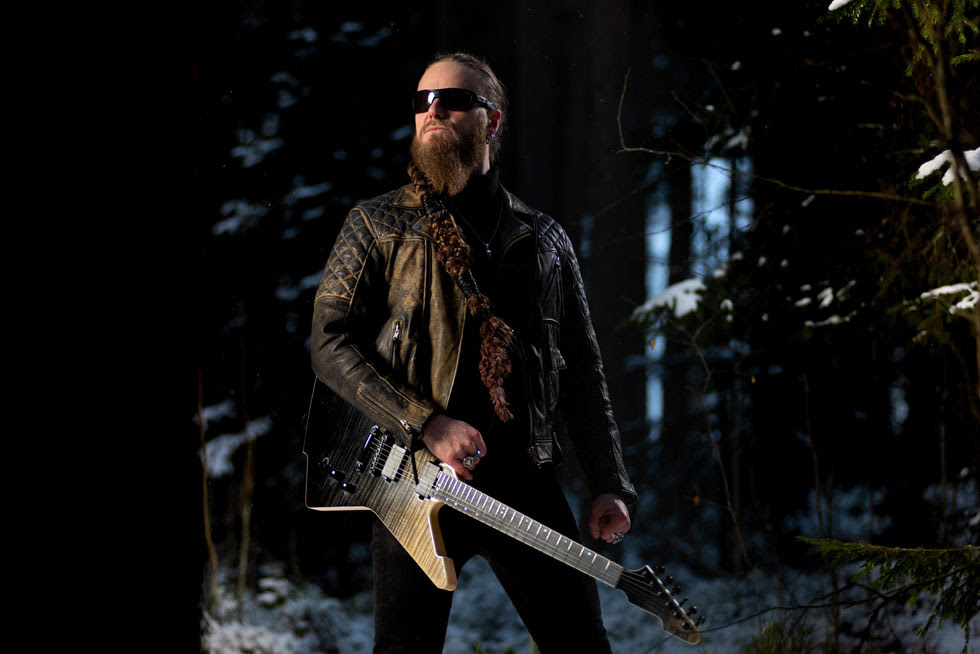 Kjell Åge Karlsen, or Mr.Damage has he prefers to be called (the name is given by his father after he managed to crash his car THREE times in one day!!), is best known for being the loud, wild and untamed lead guitar-player and co-songwriter in the Doomsday Rock N Roll band Chrome Division, along with his partner in chrime, Shagrath from Dimmu Borgir.

Mr.Damage has a growing catalogue with band releases and several guest appearances, latest is co-writing and performing «Faith Bloody Faith» with JORN for the Norwegian ﬁnal of ESC 2021.

This long haired, bearded, Norwegian Viking is now ready to unleash his ﬁrst solo album upon the world.